As a business area, agriculture involves operating our own or rented estates, on which we plant olive trees, as well as the management of mills for processing the olives. In this area, we have a major project – one of the biggest in the world – that is already fully operational in Portugal, Spain and Morocco. But a Glocal company does not want to be present only in the world's three main olive-oil-exporting countries and, for this reason, we will continue to expand.

We work in agriculture with Elaia, a joint project run by the Sovena Group and Atitlan Society, whose aim is the production of high-quality olive oils. At Elaia, we have more than 14,600 hectares in operation in Spain and Morocco, but mostly in Portugal, largely due to the evolution of the Alqueva project, which has been a very important development factor in the irrigated areas.

The entire production process is conducted in accordance with the highest quality and control standards, from the fields where the olives are grown to the mills where the olive oil is produced, ensuring total traceability. The olive oil is produced in our four mills, which are equipped with the most modern technology available in the sector and transform 100% of our harvest.

One of the goals of the Elaia project is to integrate all of the olive and olive oil segments, from growing the olives to marketing the final product – olive oil –, strengthening our market position and enhancing the value of our considerable industrial and commercial structure.

This investment is extremely important for upgrading and expanding the olive plantation area and for innovation in olive oil making; consequently, there has been a very clear investment on Mediterranean agriculture and on the production of olive oils that are unmatched in their quality, thereby strengthening our position in the sector and on the world stage.

The improved knowledge of the potential of olive plantations, combined with new farming techniques, resulted in the so-called "Nova Olivicultura" ("New Olive Farming"), which uses drop by drop irrigation and allows production to be increased and stabilized. This way, we are able to maximize the selection of varieties, guaranteeing the homogeneity and quality of the plantations and ensuring greater efficiency as a result of the mechanization of fundamental tasks, such as harvesting and pruning.

It is worth noting that super-intensive plantations are harvested for the first time three years after planting and, from the fifth year onwards, they can reach an average annual production figure of between 10,000 and 12,000 kilos per hectare. Also with their first production in the third year, super-intensive olive plantations can achieve average production figures of between 8,500 and 10,000 kilos per hectare from the sixth or seventh year onwards.

This project is growing day after day and, at the present time, already comprises around 10,000 hectares in the Alto and Baixo Alentejo regions. The management hubs are located in Ferreira do Alentejo, Campo Maior, Elvas and Avis. The first plantations were done in summer 2007 in Elvas and Ferreira do Alentejo, with the first harvest occurring in 2009. In 2012, the production figure exceeded 50 million kilos of olives.

The estates of Cuadrado, El Barrillo, Sevillano, Huyuelas, Huesar and Benazurera are located in the Extremadura region of Spain, in the area of Vegas Altas, province of Badajoz, and in Andalusia, province of Cordoba, considered the veritable heartland of olive farming, since it is the biggest producing region in the world. In Extremadura, the plantations date from 2007 and 2009, whereas the ones in Andalusia are more recent, dating from 2014. There are three varieties planted in the hedge-style system: Arbequina, Arbosana and Oleana.

Soprolives was our first step into farming. The company is based in Morocco, where it conducts all of its business. A part of Elaia, it is jointly owned by the Moroccan Group Somed. In 2015, the Moroccan Ministry for Agriculture recognized the initiative as the best integrated project in the area of olive farming in the country. This is an important project for our Group, since it constitutes an important supply platform for our operation in the USA, and for the country itself. It makes a valuable contribution to the Moroccan trade balance and to the modernization of a sector that is still overwhelmingly traditional.

Whilst pursuing its Mission and Vision, ELAIA LAGAR has established as an important guideline of its strategy, together with the guidelines of the SOVENA GROUP it is part of:

With that purpose, ELAIA LAGAR has defined and implemented a Quality, Food Safety and Environmental Policy, that is sustained in the following principles:

In order to achieve the mentioned commitment, ELAIA LAGAR establishes annually objectives and goals, disseminating them in the organization and periodically assessing its level of fulfillment.

The board of directors of ELAIA LAGAR, as well as ALL its employees, clearly identify themselves with the mentioned commitments, and commit to act focused on the achievement of the objectives established, thereby emphasizing the importance of this document and all the rules and procedures implicit to it.

The Board of Directors,

Marmelo Mill The Marmelo olive oil mill, co-financed by PRODER, is one of our Group's most important and symbolic agricultural investments (nine million Euros), and is of particular importance to the Portuguese market. Built in 2010, it is today a benchmark for the entire sector. Located in Ferreira do Alentejo, it essentially serves our in-house production requirements, directly benefiting our Oliveira da Serra and Andorinha olive oil brands, and it is also able to support the local olive-growers. With a total area of 5,558 m², its north gallery has five olive oil extraction lines, with a nominal transformation capacity of 55 tons of olives per hour. This equates to 1,300 tons per day and a daily production figure of approximately 200,000 liters of olive oil. The mill can therefore produce around nine million liters annually. In the southern area, reserved for storage, there are 48 stainless steel vats, each with a capacity for 80,000 liters of olive oil. All of this olive oil is stored there during the year in the best possible conditions: protected from light and at a controlled temperature. The Marmelo olive oil mill is a benchmark of the new era of olive oil production: a functional and symbolic building that represents the contemporaneity and modernity of our organization, the finest example of technology at the service of the quality of olive oil, and a design that pays tribute to the Portuguese olive plantations. Quality and certifications. The Marmelo olive oil mill has obtained the following certifications: NP EN ISO 22000 –SGS Scope of certification- Bulk olive oil production 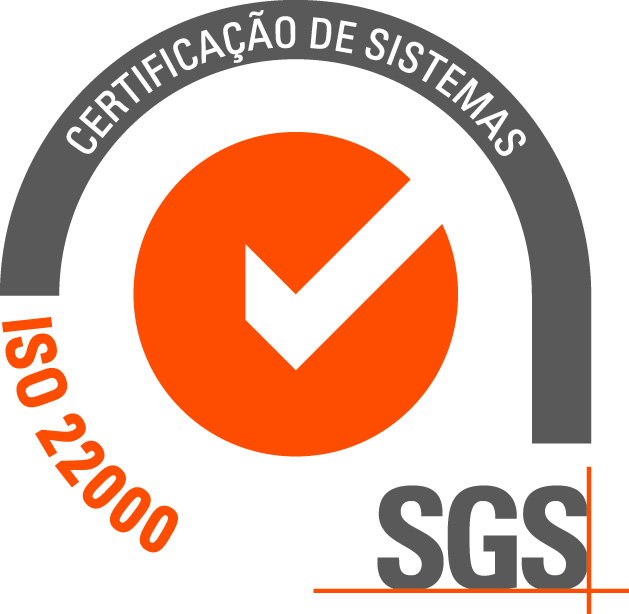 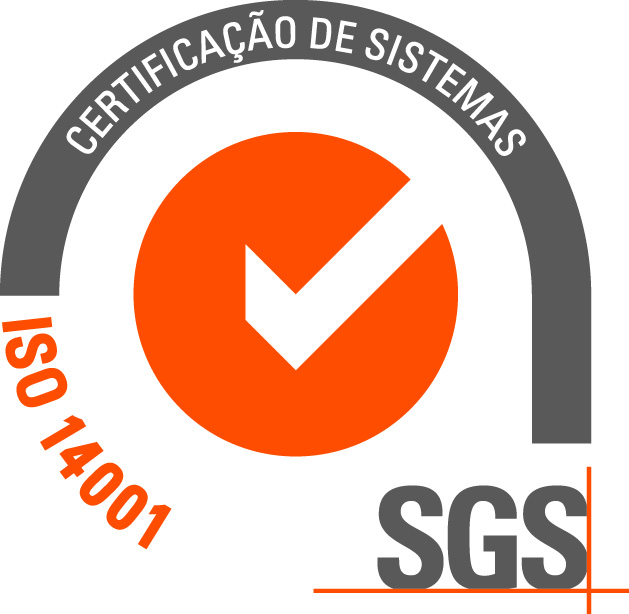 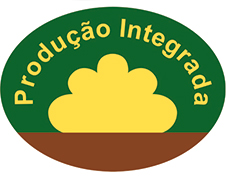 Avis Mill For the 2013/14 season, a new in-house mill came into operation: the Painho mill. Strategically located in Avis and built in record time, from March to October 2013, this is a mill with history. It was built on the site of a former dairy factory that used to belong to Lactogal. The rehabilitation for use as an olive oil mill brought a new lease of life to a facility that had been decommissioned. Because this was a rehabilitation project, the space had to be adapted to its new functions, which meant that the stringency, expertise and workload were considerably increased. In just eight months – and thanks to the total commitment of the Elaia team and its suppliers – we achieved our goal and the work was completed within the intended time frame and budget. Certificacions NP EN ISO 22000 –SGS Scope of certification- Bulk olive oil production

Navalvillar de Pela Mill The production from these estates is processed at the D. Benito mill in Navalvillar de Pela. This mill was purchased in 2008 and has undergone various interventions to modernize it and increase its processing and olive oil storage capacity. The mill essentially serves our in-house production needs and is equipped with the most modern technological solutions: it has a reception line with a capacity for 200 tons of olives per day, and three extraction lines capable of producing around 50 tons of olive oil per day. Its stainless steel storage vats, with a capacity for up to 1,020 tons, mean that the olive oil is stored in the best possible conditions. Quality and certifications. The Navalvillar de Pela Mill has the following certification INTEGRATED PRODUCTION System, certified by the Junta de Extremadura.

Olico Mill In operation since late 2010, this mill was built in Morocco by the company Olico – Oleiculture du Maroc S.A., a company which, like Soprolives, is part of Elaia in partnership with the Moroccan group Somed. The mill is exceptionally well situated in the region of Haouz, Marrakech. Located in an area of properties, it also stands next to the national road connecting Marrakech and Fez. Close to the great Atlas mountain range, it combines its modernity with the natural beauty of a fascinating region. The mill has two olive oil extraction lines with a maximum total capacity of 350 tons per day. This enables it to complement the ambitious olive plantation project in Morocco, which already reached over 1,000 planted hectares. With a storage capacity for around 1,500 tons of olive oil in 20 vats, a second expansion phase is planned for the mill, in order to ensure the extraction of 500 tons per day and store double the amount of olive oil (3,000 tons) when its current maximum capacity is exhausted. Quality and certifications This mill has already been registered with the US Food and Drug Administration (FDA). This is a mandatory requirement for anyone exporting to the United States of America. The mill also has HACCP certification.