This site uses cookies to ensure a better experienceof use. Saber Mais   Accept

SPICY AND FULL OF FLAVOR

In 2019, Oliveira da Serra is going to challenge the boldness of the Portuguese people with the new olive oil chili sauces, Bold and Extra Bold, that will challenge the senses, both of those who already love spiciness, as well as those who are just starting the journey.

The least bold would say that it was impossible. For Oliveira da Serra, it was a challenge. How to make such a hot chili sauce so flavorful? The brand started with one of its best olive oils and added a touch of spice to it, thus creating the Bold chili. A chili full of flavor, for those who think they’re strong enough.

For those who are more experienced and even bolder and know that an extra bold chili deserves even more flavor, the brand created a version just for the strongest, but with all of the aroma of the Oliveira da Serra olive oil. Meet the new Extra Bold chili sauce, 50% spicier than the previous version and soon to challenge the strongest, one dish at a time. Because the greater the challenge, the greater the reward.

Whether it’s because you like traditional Portuguese food with a little more kick, or you like discovering world foods, Oliveira da Serra chili sauces are the passport to more enjoyable meals, which test flavors and open the doors to boldness.

Bold and Extra Bold chili sauces are available at your local grocery store in a 50 ml glass bottle, with a recommended retail price of €2.49 and €2.99, respectively. 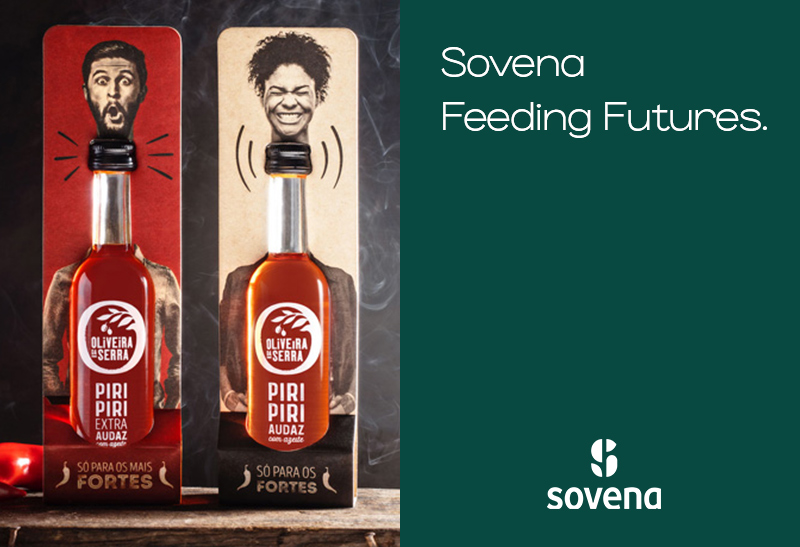